Signs that stand out

If you would like to buy an engraved sign and one of these situations applies to you, you should get it from a signage business that specialises in laser engraving, instead of from one which engraves signs by hand.

If you are going to put your engraved sign somewhere that will allow people to look at it up close, then you should definitely use a laser engraving service. The reason for this is as follows; when the letters on a sign are manually engraved, there will always be some small imperfections, due to the fact that a human cannot engrave an item with the same precision that a laser can. These imperfections may be present in a hand-engraved sign, even if the person who made it did so with great care.

In situations where the engraved sign is going to be fitted several metres off the ground (such as above a shop door, for example), then these minute flaws are not noticeable and don't make the sign unsightly. However, if you're putting your sign on a wall where it will be at eye level with the people who walk past it, or on a reception desk where people can peer at it closely (or even pick it up if they want to), then they will see these tiny imperfections. If the sign is being used in any type of commercial premises, its flawed appearance could make the area in which it's placed look very unprofessional.

Conversely, the lettering on an engraved sign that's made using a laser will look perfect, even when viewed up close (i.e. from a few centimetres away), because a laser machine can cut into the sign material in a far more exact manner than a person ever could, which will, in turn, produce much more uniform engraved letters.

The sign needs to feature a highly intricate pattern

If your engraved sign is going to feature a highly intricate pattern as well as some letters, then you must have it made by someone who uses laser engraving technology. The reason for this is as follows; it hard for anyone to create a very detailed pattern with manual engraving tools, especially in instances where the sign they are working on is quite small and requires them to make the pattern's features extremely tiny. When this type of sign imagery is made by hand, the minuscule details often end up looking like one indistinctive blob when viewed from far away, simply because the blades on manual engraving tools are often not quite fine enough for a task like this.

However, when this type of intricate line work is done with a laser engraver, anyone who looks at the finished sign will easily be able to distinguish each of its tiniest details from the ones around them, even when viewing it from a distance.

For more information on laser engraving, reach out to a signage company near you. 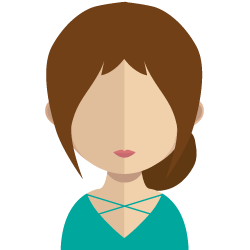 It's always a battle to catch the attention of passersby. I have been doing some research into some of the ways you can get your signs to stand out without resorting to just using the biggest and flashiest billboard everytime. Signwriting is an art, and a great sign writer can help you make the most of any spot or standout in the most crowded forums. This blog has some of the research I've unearthed on signs as well as case studies and funny stories from around the world about signs that stand out. It's designed for sign designers and sign writers who want to perfect their art.